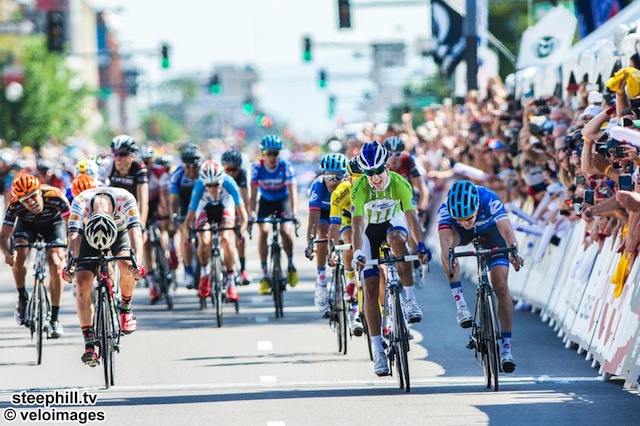 August 23 update: From the race organization: While Stage 7 stays on familiar terrain, every year is different and anything can happen in bike racing. Leaving Boulder on CO 93 the riders will have several hilly and windswept miles for breakaways to set up before reaching Golden for the first of two passes. Through Golden, the riders will tackle the 4-mile climb of Lookout Mountain, which they haven’t seen since 2011. Another quick pass of Golden and the race is screaming through suburbs en route to downtown Denver. An abbreviated version of last year’s circuit awaits the riders for three and a half fast laps through downtown, 17th Ave. and City Park. Over the years, the race has witnessed some incredible sprinting on Broadway in the heart of Denver and 2014 should be no exception. — Steve
See the race summary table (right) for the Stage 7 profile, map and timetable. 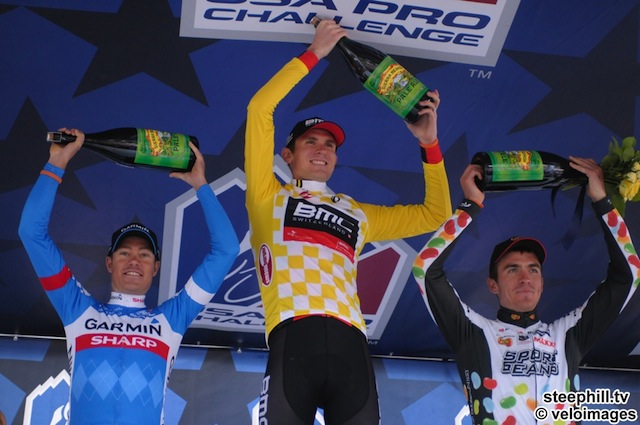 Stage 6 Results and General Classification — usaprochallenge
Van Garderen repeats as Vail time trial winner — cyclingnews
Tejay van Garderen crushes Vail ITT, breaks record, extends lead — velonews
Van Garderen smashes Vail time trial at USA Pro Challenge — cyclingnews
On the verge: Carter Jones, the ever-present contender — velonews
Tvetcov continuing to impress in Colorado — cyclingnews
August 22 update: From the race organization: Last year the USA Pro Challenge visited Vail, and the time trial was decided by four seconds. In three visits to the Vail individual time trial course, this was the largest margin of victory. Competition will be equally fierce this time around, but the names may change a bit. The course’s roots are in Colorado racing lore and trace back to the Coors Classic. Starting in Vail and climbing most of the way up Vail Pass the route is no easy proposition, even for the best riders on earth. The gentle grades of the first half of the course give way to a steady climb for the last three miles. It takes more than legs on this strategic course though; go too hard early and the climb may kill your chances, but conserve too much for the climb and the leaderboard may be out of reach. — Steve
Van Garderen hoping distance rivals in USA Pro Challenge time trial — cyclingnews
See the race summary table (right) for the Stage 6 profile, map and timetable. 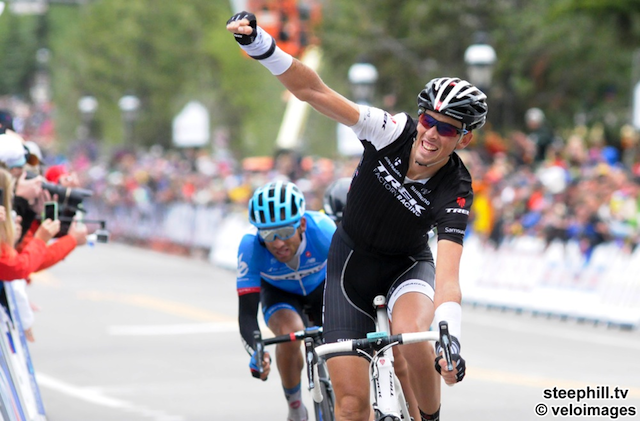 Full Official Stage 5 Results and General Classification — usaprochallenge
Didier wins in Breckenridge — cyclingnews
Laurent Didier's tenacious climbing wins a wet stage 5 at USA Pro Challenge — velonews
Ben Day to retire after USA Pro Challenge — cyclingnews
Majka’s Colorado roller coaster: ‘I don’t think I can win’ — velonews
Danielson tips cap to a flying van Garderen, but no white flag yet — velonews
August 21 update: From the race organization. The serene first 80 miles of Stage 5 hide a vicious finish and a last chance for climbing specialists to really make a move. Starting in the new host community of Woodland Park, Stage 5 heads west then north through some of the most picturesque terrain in Colorado. The route takes the riders on a quiet run through the Pike National Forest on Tarryall Rd., which was unpaved until just last year and the riders will christen it properly with high speeds and lots of breakaway attempts. The action really starts when the race hits Fairplay and begins the long grind up 11,500 ft. Hoosier Pass, the highest point in the race. Then it is on to Breckenridge, where last year’s challenging finish up Moonstone Rd. will be repeated again. This nasty little climb can kill a break or launch a winner. — Steve
See the race summary table (right) for the Stage 5 profile, map and timetable. 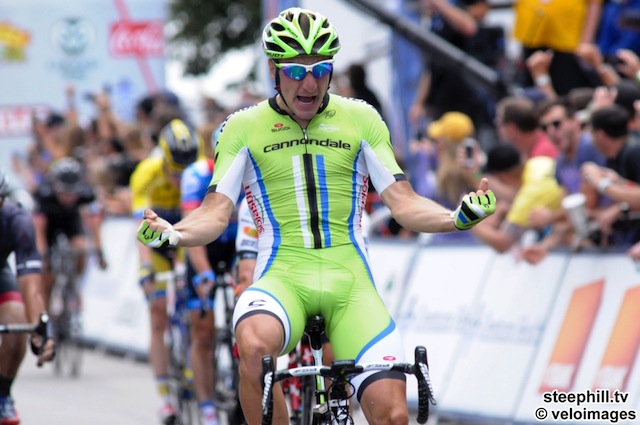 
#ProChallenge Stage 3: The BMC Racing Team is ready to defend the lead for @tejay_van. pic.twitter.com/5BaSFEKyDU

August 20 update: From the race organization: Colorado Springs keeps reinventing itself as a host city. In 2011 it hosted a prologue, in 2012 it was a fast road stage finish for sprinters and for 2014 it will be a challenging circuit that could contain a surprise general classification shake up. After a ceremonial start at the world famous Broadmoor, the race will head into town and join up with a 16-mile circuit that will be raced four times. With climbs through Garden of the Gods, Mesa Rd. and the infamous Ridge Rd., which hits grades of nearly 17 percent, the route will present some challenges for the riders. If a sprinter hangs on to win, they will have earned it the hard way. — Steve
Homecoming for Creed in Colorado Springs — cyclingnews
See the race summary table (right) for the Stage 4 profile, map and timetable. 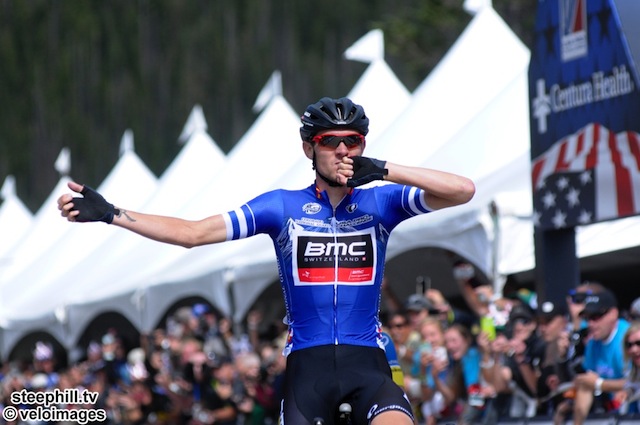 Full Official Stage 3 Results and General Classification — usaprochallenge
Van Garderen triumphs on Monarch Mountain — cyclingnews
Van Garderen wins stage 3, takes overall lead in USA Pro Challenge — velonews
Chevrier impresses on Monarch Mountain — cyclingnews
Jelly Belly 'scores a field goal' at USA Pro Challenge — cyclingnews
Garmin unable to break van Garderen — cyclingnews
Danielson unable to match van Garderen’s poise — and legs — at Pro Challenge — velonews
Colorado PEZ: Monarch Mountain Madness — pezcyclingnews
August 19 update: From the race organization: For stage 3 riders will not only have to contend with a mountaintop finish, they also will have to pass over it first, giving spectators a chance to see the race multiple times from the same vantage point. Stage 3 starts in Gunnison and heads east for 35 miles before tackling the 11,300 ft. monster that is Monarch Pass. The riders will then descend the eastern slope of the pass and do two 9-mile loops through Salida and the surrounding countryside. Then it’s game time as they tackle nearly 20 miles of climbing to a finish at 10,800 ft.-Monarch Mountain Ski Area. — Steve
See the race summary table (right) for the Stage 3 profile, map and timetable. 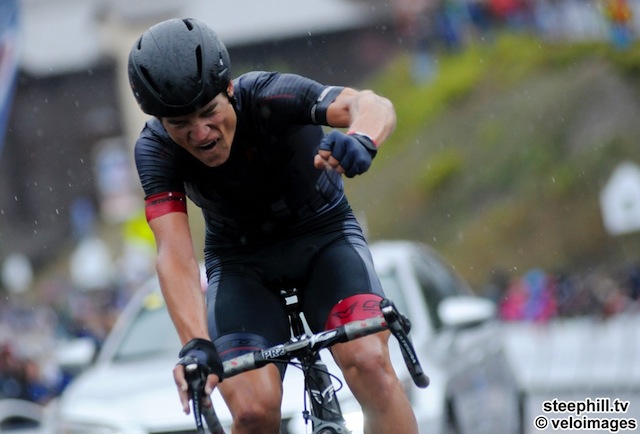 Full Official Stage 2 Results and General Classification — usaprochallenge
Carpenter wins in Crested Butte — cyclingnews
Robin Carpenter rides alone to win rainy USA Pro Challenge stage 2 — velonews
Carpenter scores big at USA Pro Challenge — cyclingnews
Confusion in Colorado — cyclingnews
After two stages, GC taking shape at USA Pro Challenge — velonews
August 18 update: From the race organization: Stage 2 opens fast by ripping down the Aspen Valley through the sprint cities of Basalt and Carbondale before tackling the 8,700 ft. McClure Pass. A short descent brings the race to Gunnison County Road 12, which is a 20-mile rollercoaster that constantly changes from pavement to dirt and back again, while topping out at 9,900 ft. over Kebler Pass. A technical descent into Crested Butte brings the race back to familiar terrain. As in 2011 and 2012 (photos), the race will finish up with a sprint through downtown Crested Butte and the steep finish climb up to Mt. Crested Butte. — Steve
See the race summary table (right) for the Stage 2 profile, map and timetable. 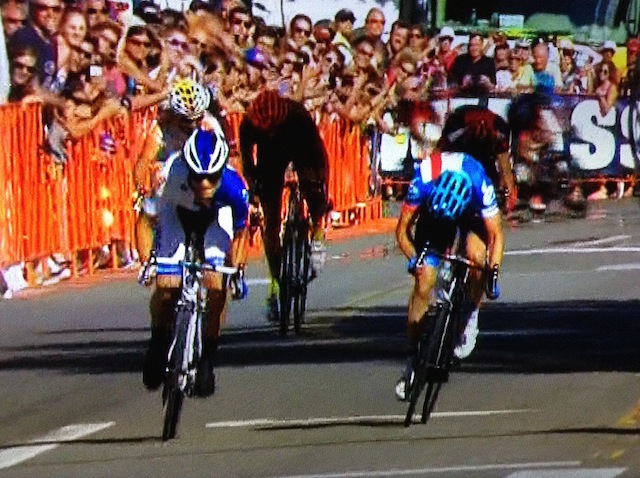 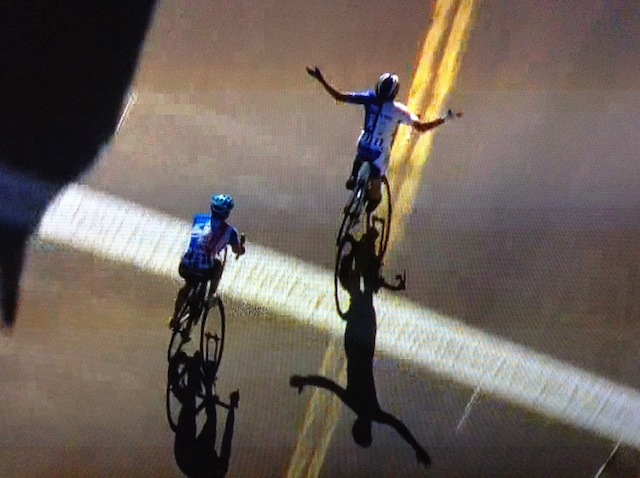 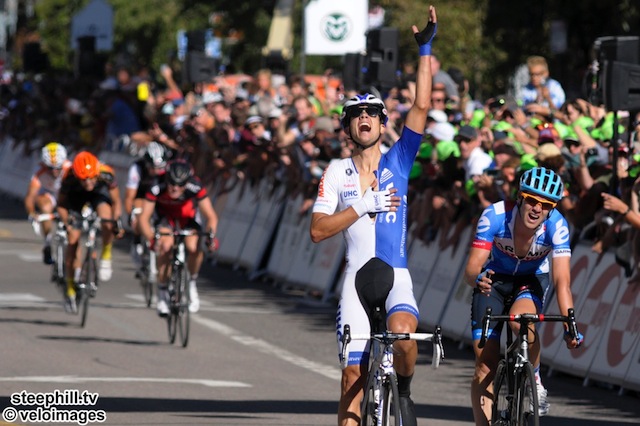 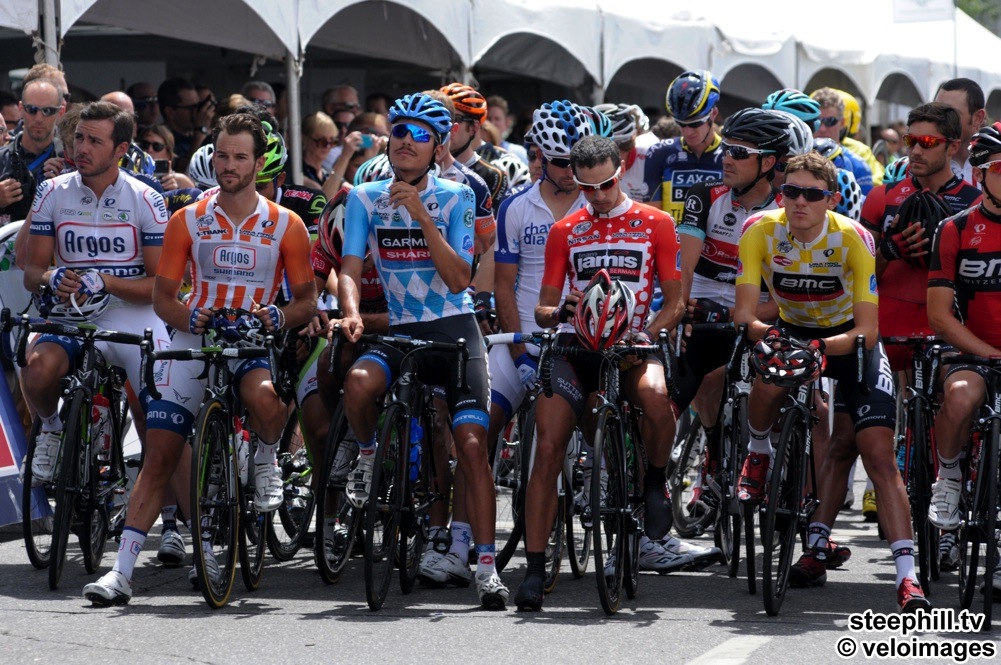 August 18 update: A work in progress for USA Pro Cycling Challenge 2014 live and delayed coverage. Some live feeds will be country restricted, but unrestricted links will appear in bold. Check back at race time for more links. Feel free to send in additional sources for live video, tv coverage or text updates/tickers as they become known. — Steve 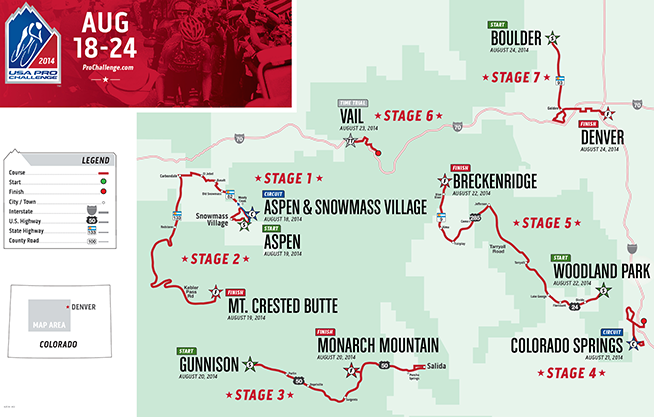