News and Updates for Tour of Utah 2014 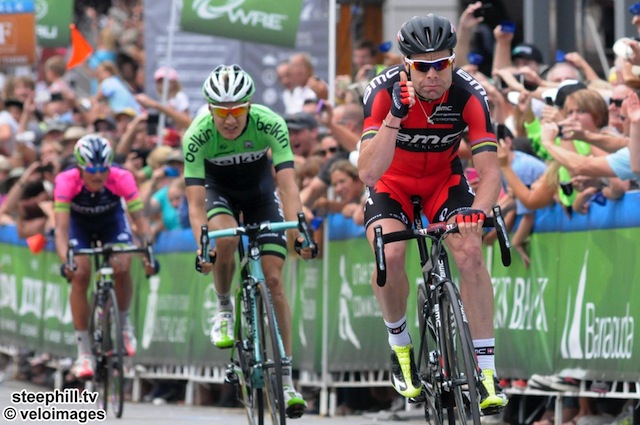 Full Official Stage 7 Results — tourofutah
Danielson seals overall Tour of Utah victory — cyclingnews
Evans wins final stage in Utah, Danielson seals overall — velonews
Rosskopf impresses at Tour of Utah — cyclingnews
Voigt downplays friction after Euser’s comments regarding Utah breakaway — velonews
Difficult but successful Tour of Utah defence by Danielson — cyclingnews
August 9 update: From the official preview: For a fourth time, the Tour of Utah returns to Park City for the grand finale. This is far from a processional victory lap for the overall winner of the Larry H. Miller Dealerships leader’s jersey, which can be decided on the final KOM over Empire Pass into downtown Park City. This 78-mile stage was introduced in 2013, rolling out of Park City into rural, eastern Summit County. Through Wolf Creek Ranches, the racers will face a short but punishing climb with pitches of close to 20-percent gradient. In Wasatch County, the race continues through the towns of Heber City and Midway. It is just outside of Midway where the racers are faced with the toughest challenge of the entire seven-day event— the climb up Empire Pass. In just three years, Empire Pass has become legendary for its average gradient of 10 percent and sections that exceed 20 percent. Huge crowds in historic Park City on lower Main Street are expected to return for the overall finish of the 2014 Larry H. Miller Tour of Utah.
See the race summary table (right) for the Stage 7 profile, map and timetable. 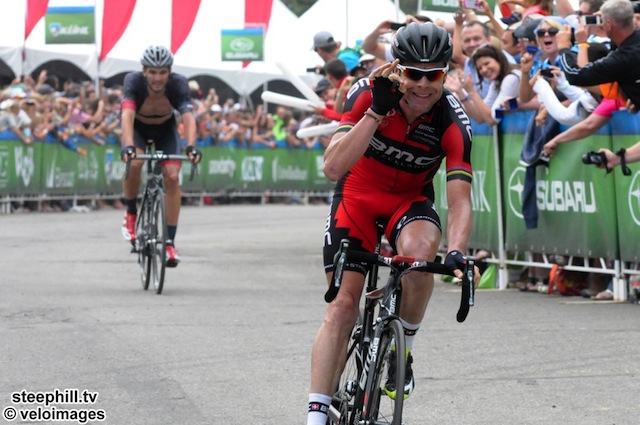 Full Official Stage 6 Results — tourofutah
Evans wins Snowbird stage — cyclingnews
Showdown on Snowbird: Evans wins stage 6 in Utah, Danielson preserves GC lead — velonews
Joey Rosskopf steps up for the second time at the Tour of Utah — velonews
August 8 update: From the official preview: The “Queen Stage” not only covers new territory on the 107.2-mile route, but has added more climbing this year. Close to 13,000 feet of elevation gain and four KOMs will make Stage 6 a true challenge for the pro cyclists, and 7,000 feet of climbing will take place in the final 35 miles after passing through Park City. Salt Lake City will host the start outside Rice-Eccles Stadium, the site of the Opening and Closing Ceremonies of the 2002 Olympic Winter Games and home for University of Utah football games. Riders will begin climbing almost immediately with the gradual ascent up Emigration Canyon, followed by the tougher climb on Big Mountain. The race will travel through rural Morgan and Summit counties before reaching the resort town of Park City and making the arduous ascent over Guardsman Pass, with an 11-percent gradient. Following a 14-mile descent through Big Cottonwood Canyon, the route concludes with the legendary six-mile climb into Little Cottonwood Canyon for the finish at Snowbird Ski and Summer Resort.
See the race summary table (right) for the Stage 6 profile, map and timetable. 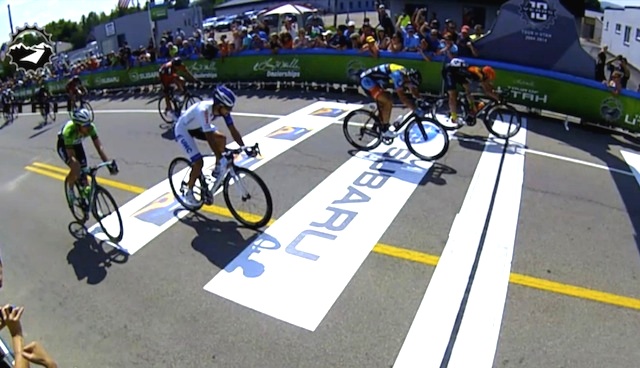 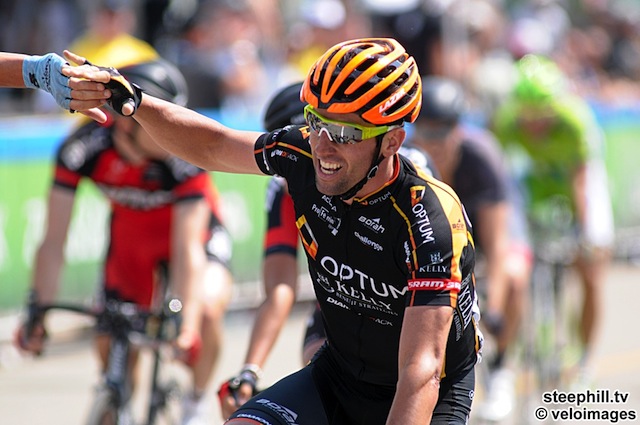 Full Official Stage 5 Results — tourofutah
Eric Young wins for Optum — cyclingnews
Optum's hard work pays off as Eric Young wins stage 5 in Utah — velonews
August 7 update: From the official preview: For the first time in race history, the Tour of Utah will extend beyond the state borders. Evanston, Wyoming, will host the stage start for the 101.4-mile trek to Kamas. Evanston and Kamas are the two gateway cities to the High Uintas Wilderness and beautiful Mirror Lake Scenic Byway (State Road 150). Heading south on Mirror Lake Highway, the peloton can expect to confront strong Wyoming prairie winds before beginning the long ascent to the lone KOM of the day at Bald Mountain Pass. At 10,759 feet above sea level, Bald Mountain Pass is the highest point the Tour of Utah has ever reached. The route continues with a long 30-mile descent into the Kamas valley, which has been part of each Tour of Utah since 2006. Spectators will see the peloton twice in Kamas, as the race will pass through the classic western downtown for a circuit through Oakley and Peoa then return to the finish. The riders will get their first taste of the wild west on Woodenshoe Lane in Peoa, with a two-mile stretch of dirt road less than 10 miles from the final sprint in Kamas.
See the race summary table (right) for the Stage 5 profile, map and timetable. — Steve 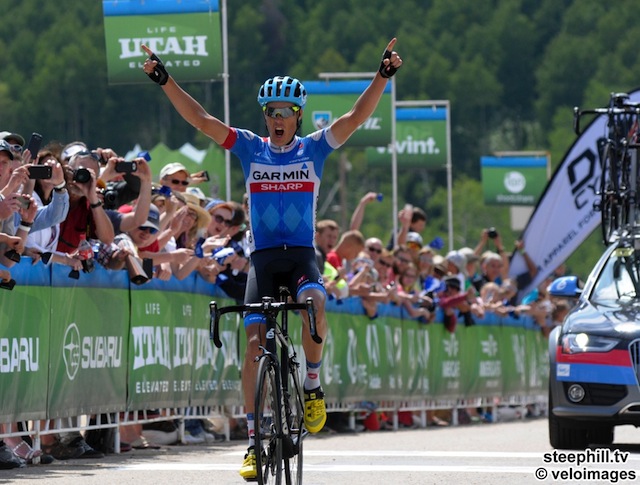 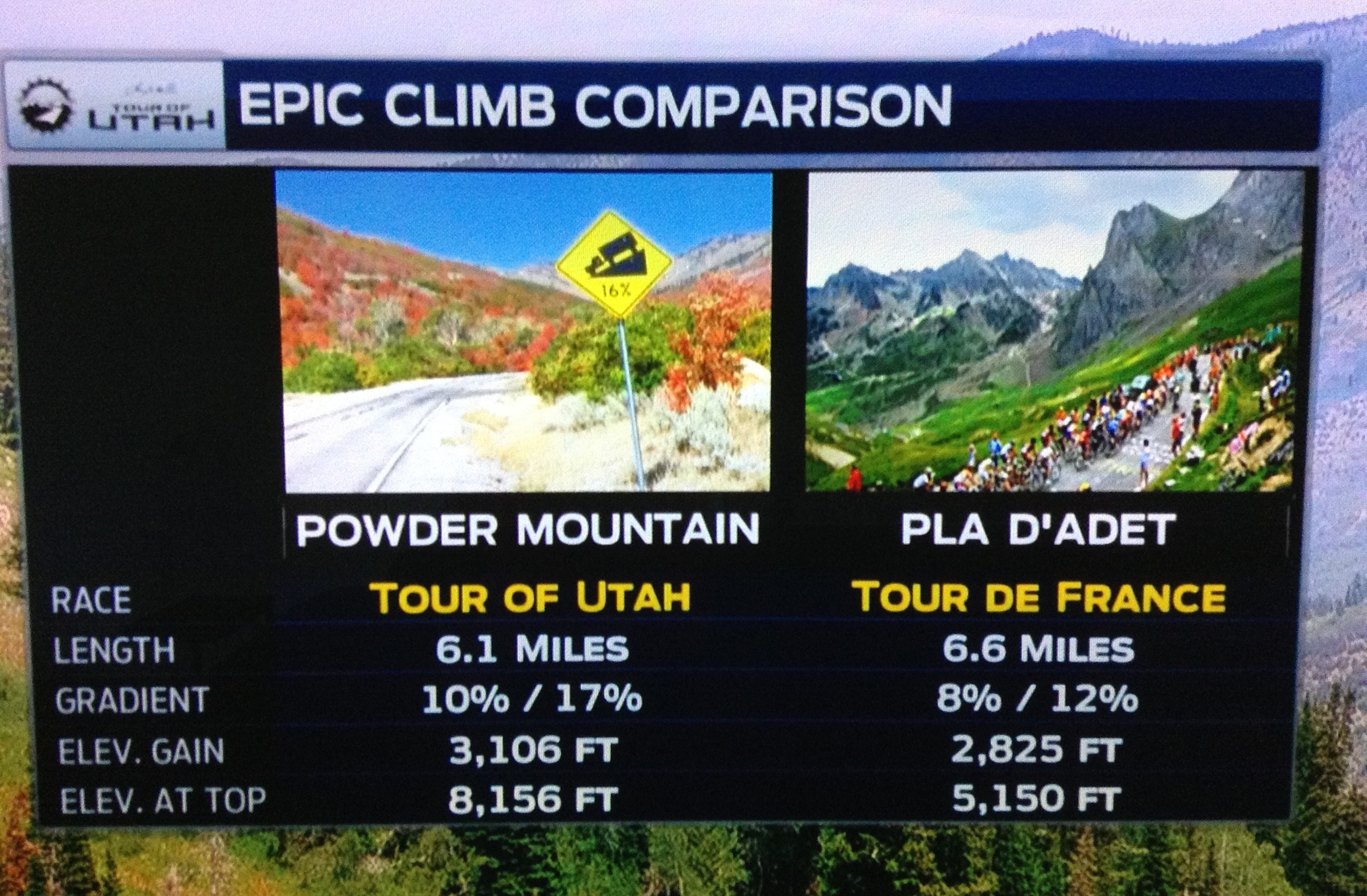 August 6 update: From the official preview: The Tour of Utah returns to Ogden for a sixth time for the start of Stage 4 presented by Workers Compensation Fund. The route travels through the Ogden Valley toward the North Ogden Divide for the first of two ascents. The first of three KOMs will be on the slopes of the North Ogden Divide, a tough five-kilometer climb with an average 10-percent gradient. The race circumnavigates Pineview Reservoir as it passes under the ski slopes of Snowbasin and Wolf Mountain. The race then descends Ogden Canyon for another trip though the city of Ogden and a second climb up North Ogden Divide. The first big shakeup in the General Classification could happen on the slopes of the first mountaintop finish of the week at Powder Mountain, one of the toughest climbs in Utah. This new addition to the Tour ascends more than 3,000 feet in just six miles. And to make it even tougher, the road lacks switchbacks, forcing riders to stare down this beast of a climb with every crank of their pedals.
See the race summary table (right) for the Stage 4 profile, map and timetable.
Tour of Utah prepares for powder keg at Power Mountain summit finish — velonews 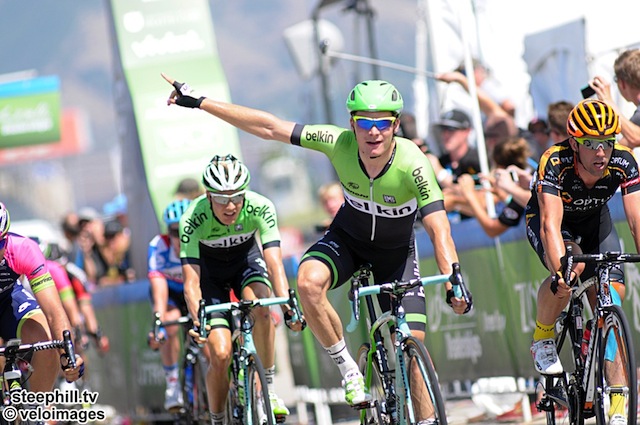 Full Official Stage 3 Results and GC — tourofutah
Hofland doubles up stage 3 — cyclingnews
Hofland takes second Utah win in stage 3 — velonews
Results: 2014 Tour of Utah Women's Edition — velonews
August 5 update: From the official preview: The Tour of Utah returns to its roots in Lehi and Utah County for day three, where the first edition started 10 years ago. This 118.3-mile stage winds into the East Tintic Mountains for the day’s only KOM segment in Eureka, a mining “ghost town.” On the way to the fast finish at Miller Motorsports Park in Tooele, the race continues through the west desert and along many of the same routes used by the Pony Express. Cyclists will make three circuits along the twists and turns of the 2.2-mile East Track at Miller Motorsports Park.
See the race summary table (right) for the Stage 3 profile, map and timetable. 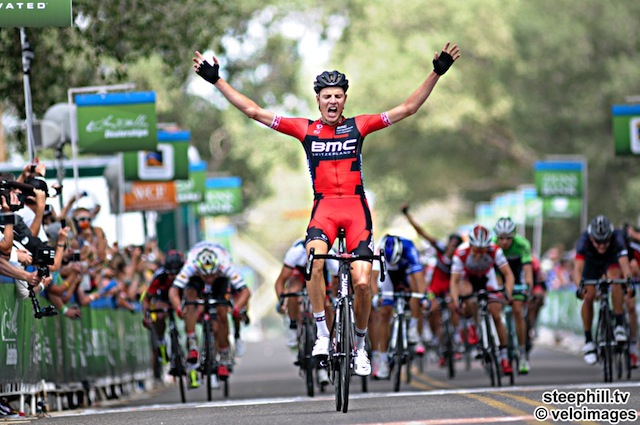 Full Official Stage 2 Results and GC — tourofutah
Schär steals stage victory from the sprinters — cyclingnews
Schar narrowly beats the sprinters to win stage 2 of Tour of Utah — velonews
Gord Fraser recounts the glory of Kocjan's stage 2 ride at Tour of Utah — velonews
August 4 update: From the official stage 2 preview: Amazing views and rugged challenges along Scenic Byway 12 return this year as part of the 130.7-mile stage from Panguitch to Torrey. The race takes a northerly serpentine path through Red Canyon, Bryce Canyon National Park, Grand Staircase-Escalante National Monument and the Dixie National Forest. Racers will encounter 10,162 feet of climbing on this longest stage of the week, passing the scenic towns of Tropic, Escalante and Boulder. After cresting the fourth KOM of the day at Boulder Mountain, the peloton will streak 20 miles along the shadow of Capital Reef National Park for a sprint finish under the canopy of cottonwood trees on Main Street in Torrey.
See the race summary table (right) for the Stage 2 profile, map and timetable. 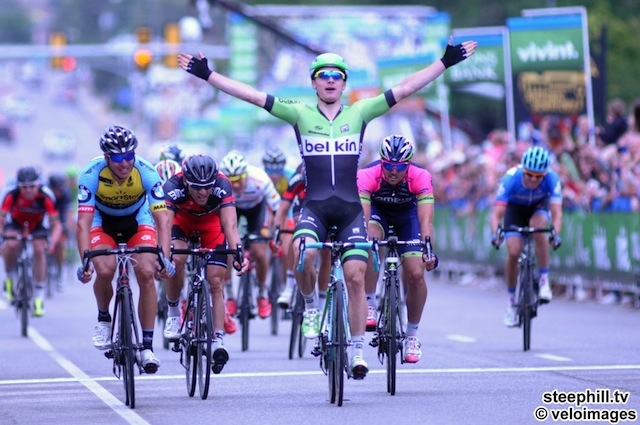 Full Official Stage 1 Results and GC — tourofutah
Hofland wins in Cedar City — cyclingnews
Moreno Hofland wins first stage at Tour of Utah — velonews
August 4 update: The sprinters will attempt to hang on through the mountains and 5,706 feet of climbing to gain the first leader's jersey. The stage ends with three rolling circuits around Cedar City and Southern Utah University.
See the race summary table (right) for the Stage 1 profile, map and timetable.

August 2 update: A work in progress for Tour of Utah 2014 live and delayed coverage. Check back at race time for more links. Feel free to send in additional sources for live video, tv coverage or text updates/tickers as they become known. — Steve