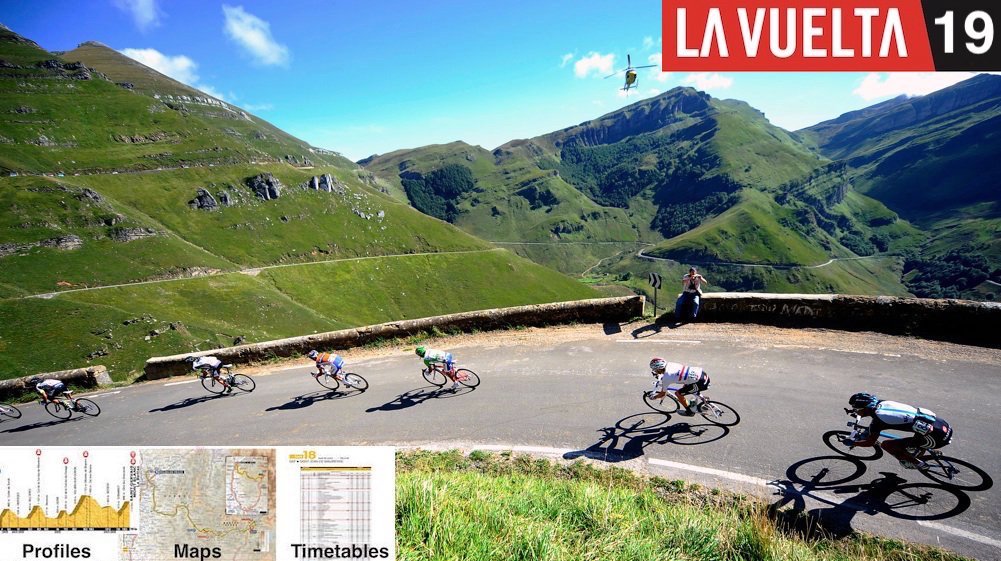 NBC Sports Gold’s coverage of the Vuelta a España will include extensive data rich features in addition to its live, commercial-free coverage of the event (more details below). All except the first stage will also be live on the Olympic Channel available through U.S. cable provider or online via fubo.tv in the U.S. Viewers in Canada can watch online with a flobikes subscription.

Coverage concludes on Sunday, September 15, in Madrid with Stage 21 live at 10:45 a.m. ET on NBC Sports Gold, and at 1 p.m. ET on Olympic Channel (fubo.tv). NBCSN will televise encore presentations of select stages throughout the race, beginning with Stage 1 on Saturday, August 24 at 1 a.m. ET.

The Vuelta will cover a total distance of more than 2,000 miles. Giro d’Italia winner Richard Carapaz and 2016 Vuelta winner Nairo Quintana and reigning world champion Alejandro Valverde of Movistar Team are expected to headline the field. They are joined by last year’s second runner up Miguel Ángel López (Astana); last year’s third runner-up Steven Kruijswijk (Jumbo-Visma) is also expected to compete after a third-place finish in the Tour de France; as well as Esteban Chaves (Mitchelton-Scott), who had a third-place finish in the 2016 Vuelta and is coming off a year-long battle with illness.

American Tejay van Garderen (Education First) also returns to competition after a crash in the Tour de France, highlighting a field of nine U.S. riders in this year’s Vuelta. NBCSN will feature a special “Ask Tejay” segment throughout the Vuelta, where fans can submit questions for van Garderen to answer on-air using the hashtag #asktejay on social media.

In addition, on Thursday, September 19, at 2 a.m. ET, Olympic Channel (fubo.tv) and NBC Sports Gold will present coverage of the women’s Madrid Challenge, a one-day race through the streets of Madrid.

Similar to its live stream for the 2019 Tour de France, NBC Sports Gold’s presentation of the 2019 Vuelta a España also includes access to a live GPS tracking map to follow the riders’ progress, an enhanced interactive map for each stage, the ability to pause the video, full stage video replay, highlights, and short­‐form video clips, and more.

The platform will host the data in easy-to-use organized tabs, including “Feed” for news, “Track” for GPS, “Standings” for rider standings in every jersey category, “Teams” for comprehensive rider information, and “More” for additional data about the Vuelta and NBC Sports Gold’s coverage.

NBC Sports Gold’s 2019-20 “Cycling Pass” features 18 live cycling events with 93 days of live event coverage. The “Cycling Pass,” which gives fans in the U.S. access to premier cycling races from July 2019 through April 2020, can be purchased in advance of the 2019 Tour de France for $54.99 by visiting NBCSportsGold.com. The direct-to-consumer pass, powered by Playmaker Media, will stream coverage live and on-demand, to desktops, mobile, tablets, and connected TV devices.

You can also watch the Vuelta via fubo.tv (Olympic Channel, U.S. Only) or Flobikes (Canadian viewers only). Learn more about fubo.tv and flobikes