News and Updates for Paris-Nice 2013

March 7 update: The Stage 5 summit finish (profile) is on Montagne de Lure otherwise known as Mont Ventoux's little sister because it looks very similar. There are also five categorized climbs leading up the finishing climb. See the climb details below. Race leader Andrew Talansky says he likes his chances on this stage and he sounded very confident after Stage 4 which he said had smaller climbs that are more of a challenge to him. — Steve
Montagne de Lure: Ongoing Paris-Nice race leader Talansky says bring it on — velonation
See the race summary table (right) for the Stage 5 profile, map and timetable.

March 6 update: This is the first mountainous stage of the week with seven cat 2 and cat 3 climbs before a descending finish into Saint-Vallier. The descending finish has some twists and there's a tunnel with 1 km to go. Cadel Evans won here last year at the end of Stage 1 of the Criterium du Dauphine (photo above). — Steve
See the race summary table (right) for the Stage 4 profile, map and timetable.

March 5 update: Stage 3 features more narrow roads, but are more lumpy than those of Stage 2. There are three categorized climbs including a cat 2 cresting 15 km from the finish. The finish is in Brioude, a wooded hamlet of just 700 people. From the finish profile and map above, you can see there is twisting, narrow dip and a small hill just 4 km from the finish and a roundabout in the final km which will aid a late break. There is a 90% chance of rain... so all things considered, the real Paris-Nice starts today. — Steve
See the race summary table (right) for the Stage 3 profile, map and timetable. 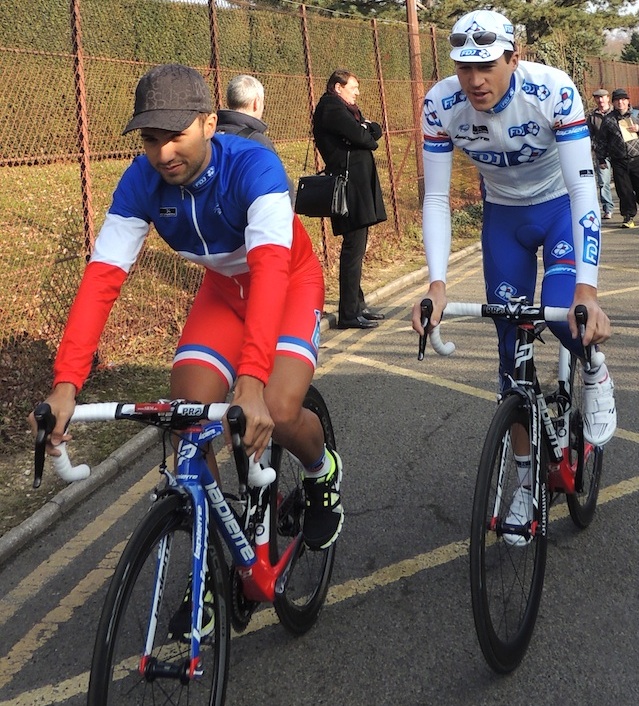 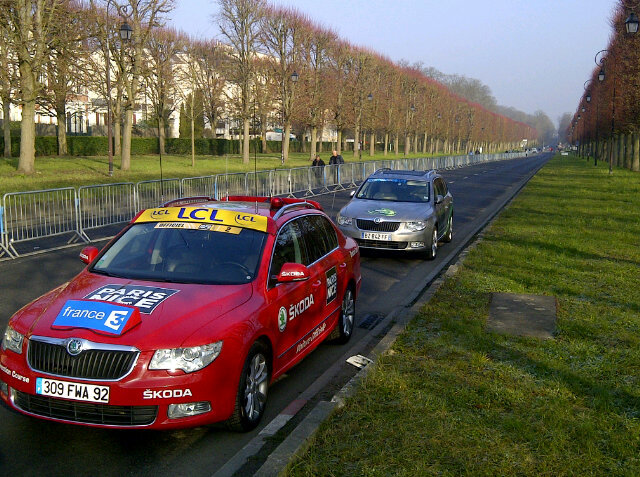 Stage 1 start from Saint-Germain-en-Laye. Photo courtesy of Robert Schmidt
March 3 update: Starting from one of the wealthiest suburbs of Paris, we'll head south around the perimeter of Paris and then on to Nemours with only one modest cat 4 along the way. After 195 km of racing, the finish is flat and fairly straight-forward except for a sharp left hand turn with 550m to go before the road narrows down. Expect at least a bunch sprint, but this is Paris-Nice so anything can happen. Monday's weather forecast is calling for a beautiful sunny winter's day with a 16 km/h SE wind. — Steve
See the race summary table (right) for the Stage 1 profile, map and timetable.

February 28 update: Broadcasters now listed below. There will be multiple options for live streaming video. Please check back near race time for more 2013 options especially the unrestricted ones. Feel free to send in other links not listed below. — Steve
(The U.S./Can loses an hour on Sunday) Paris-Nice variations depending on the language: Paris-Niza (spanish), Parigi-Nizza (Italian), Parijs-Nice (Dutch), Paris-Nizza (German).