News and Updates for Paris-Nice 2016 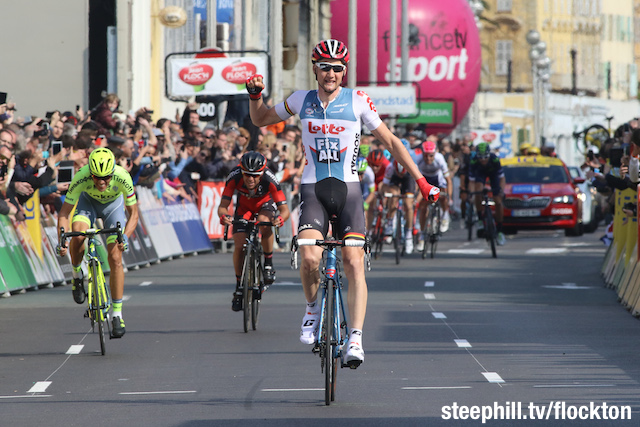 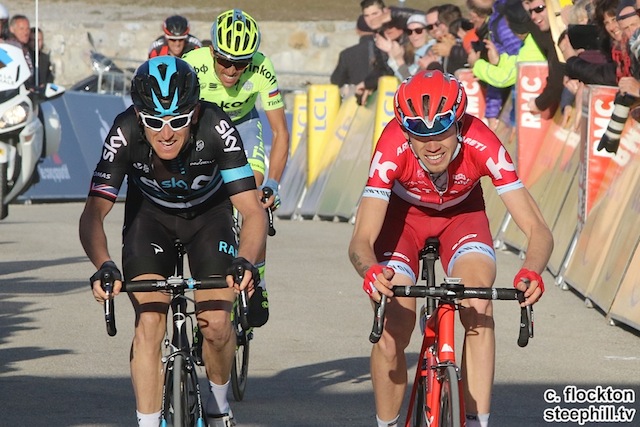 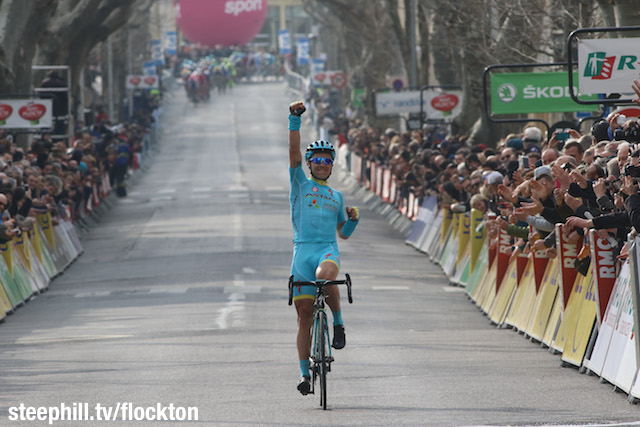 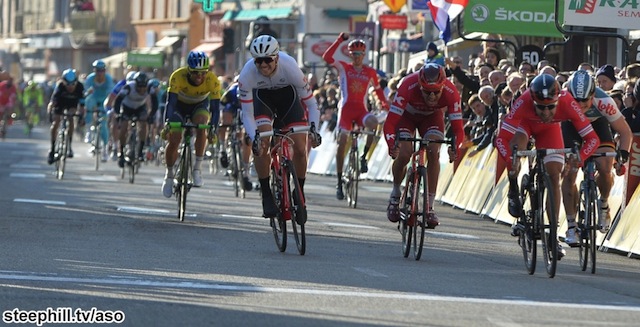 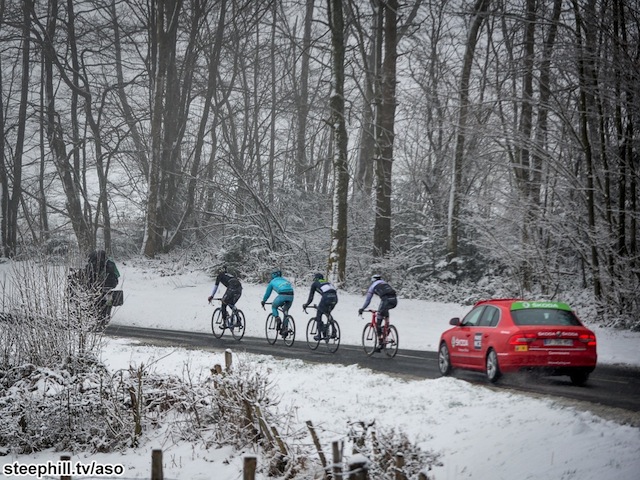 Matthews remains in control after snow forces stage 3 cancellation — cyclingnews
March 8 update: A lumpy, hilly stage with a 3 km @ 7.7% uphill finish on Mont Brouilly. — Steve
UPDATE: Stage 3 has been CANCELLED after 100 km due to bad weather.
Paris-Nice stage 3 cancelled due to snow — cyclingnews
Paris-Nice — how bad is the snow? — velonews
It's snowing at Paris-Nice and some people really aren't happy about it — cyclingweekly
See the race summary table (right) for the Stage 3 profile, map and timetable. 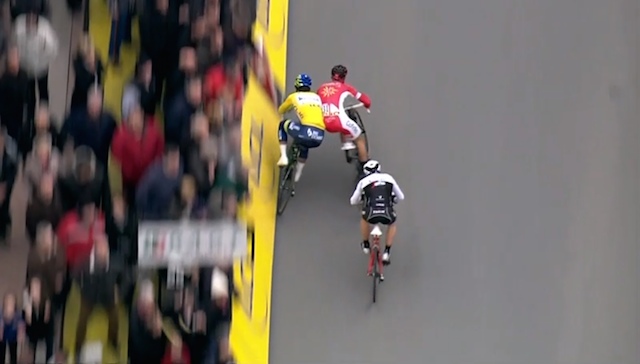 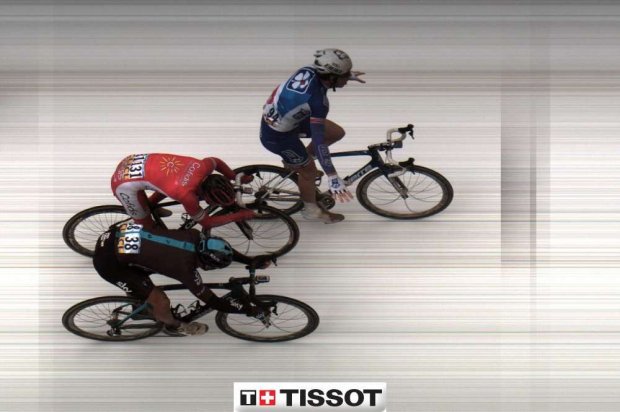 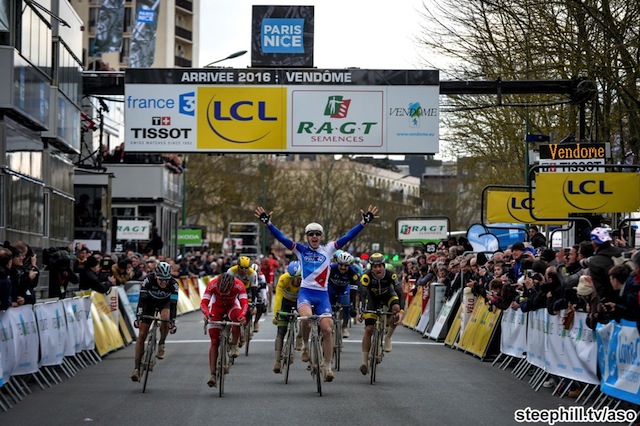 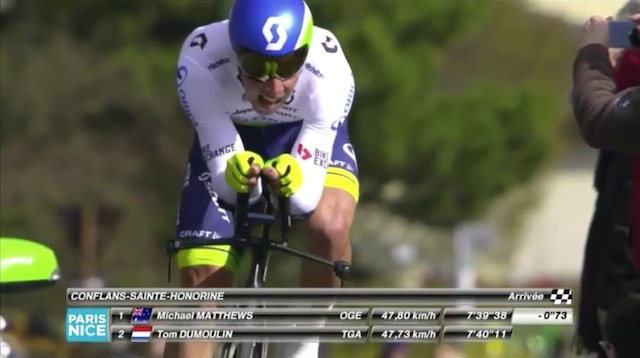 Full Official Prologue Results — letour.fr
Matthews beats Dumoulin to claim yellow jersey — cyclingnews
Perfect start for ORICA-GreenEDGE in Paris-Nice — greenedgecycling
Matthews shows fine form with Paris-Nice prologue win — cyclingnews
Dumoulin just shy of Paris-Nice prologue win — cyclingnews
Contador takes safety-first approach in Paris-Nice prologue — cyclingnews
March 2 update:
The Paris-Nice opener in Conflans Ste Honorine is more than just a warm-up stage for a week of racing. The six-kilometre course in the lovely town by the river Seine has what it takes to start sorting the peloton and to play a role in the final decision one week ahead in Nice. Race director Francois Lemarchand warned the riders against taking this prologue lightly: “It is a town circuit designed to take advantage of the beauty of the river banks for the first two kilometres. Then there is a sharp change of rhythm with a short and hard climb requiring swift recuperation. Because behind it lie four kilometres that will be a real test of strength and power. It really is a course for in-form riders. In my opinion, there could already be a gap of some 20 seconds between the winner and the tenth-placed rider at the finish. It’s not huge but it’s a gap that will need to be bridged by the riders looking for final victory. And a rider finishing 40th might well consider he has the race lost. I can see Tom Dumoulin win this. Or Contador, why not? It would be a sign he’s in great form.”
See the race summary table (right) for the Prologue profile, map and timetable.
Prologue Start Order and Times (CET) — aso 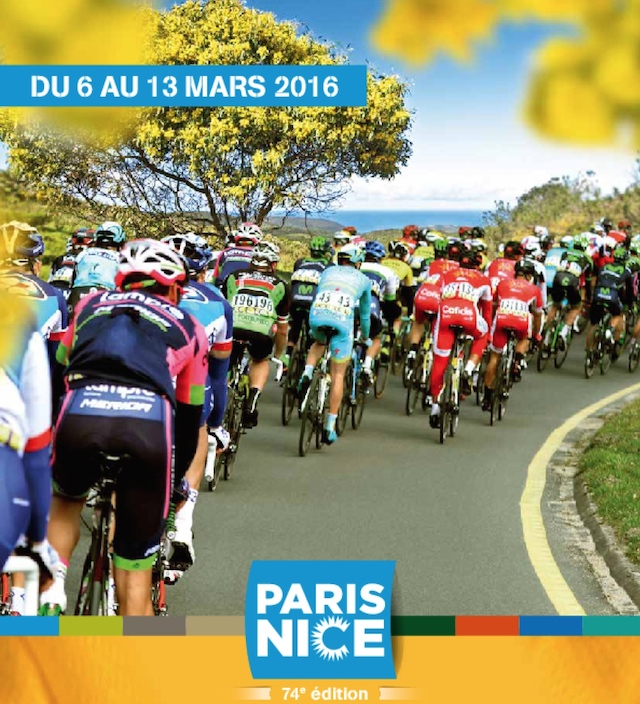 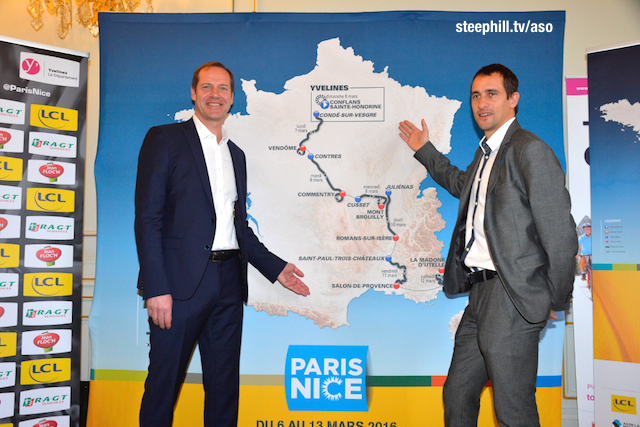 March 2 update: A work in progress for 2016 Paris-Nice live and delayed coverage. Most live feeds will be country restricted, but unrestricted links will appear in bold. Check back at race time for more links. Feel free to send in additional sources for live video, tv coverage or text updates/tickers as they become known. — Steve 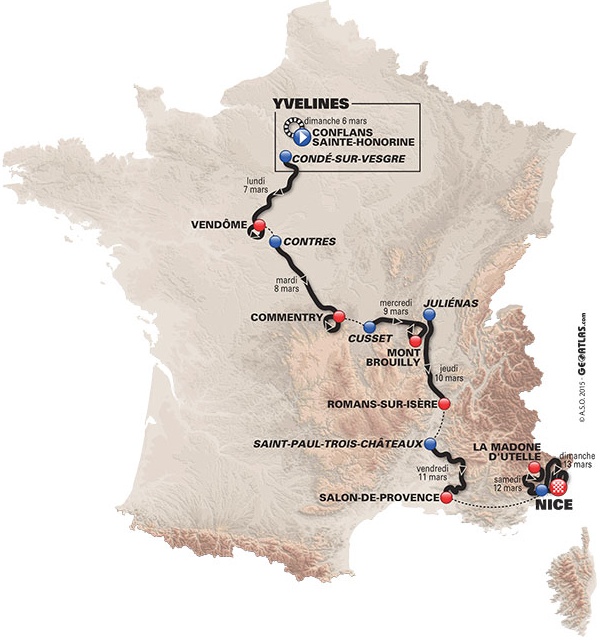